Mario 35, Mario 3D All-Stars, and now this game ends on March 31. Makes you wonder what is going to happen at Nintendo the next day (other than setting up some easy Nintendo-themed April Fools pranks).
Top

Holy shit, No More Heroes ports that are out NOW‽ I cannot download these games fast enough!
Top 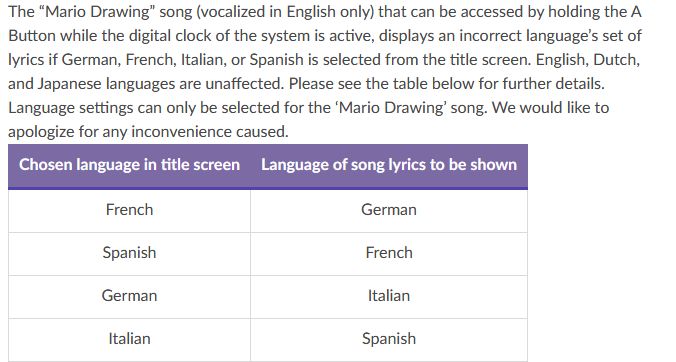 They should apologise for the limited availability, and also the price of the game and watch.
Hank Azaria not playing Apu on the Simpsons will make the role as irrelevant as the Simpsons has been as a series since 1999!
Top

I wonder if they're going to correct this, so people will try to get the limited selection of Game & Watch of the already limited run. I have one in transit from EB currently.
Top

My one from EB is also on it's way.

If they do a second run of them they will fix it, but I don't know if they are.
Top

Despite Nintendo's previous home console, the Wii U, being widely regarded as a commercial failure, the Switch has brought the company some of its best years yet, rivaling sales of the Wii. However, as the Nintendo Switch just recently turned 3 years old this March, it appears that people looking to purchase the console may have a difficult time finding its most crucial accessory.

On November 29, Reddit user Saeed40 made a post on the r/NintendoSwitch subreddit detailing an interaction they had with Nintendo UK's customer support regarding the seemingly country-wide unavailability of the Nintendo Switch dock. In the post, Saeed40 mentions that despite the fluctuating availability of the dock in 2019, it now seems that the dock is completely unavailable to be purchased separately in the UK. A member of Nintendo UK's customer support seems to have confirmed the user's suspicions, replying that the Nintendo Switch Dock Set has been discontinued in the country, and can no longer be purchased from Nintendo UK's online store.

Does 2019 Nintendo switch dock has been in out of stock in the UK, till this day it remains out of stock. So I reached out to Nintendo UK support to see what they had to say on the matter. This is the discussion;

Thank you for contacting us and placing an enquiry.

A member of our Nintendo Customer Support Team has looked into your enquiry and added a response.

For your records, your original query was:

When will the Switch dock set be available for purchase again? The product has been out of stock for some time in the UK whereas the US, Japan and Europe has been available since the product's release. Can the dock be available once again, it's important for us as users to want to be able to have a Switch dock in every room that has a TV. a dock for traveling or just as a backup.

After further investigation, we can confirm the following:

I am really sorry but we have discontinued the Nintendo Switch Dock Set in the UK, therefore our UK Store will no longer stock this on our site.

I apologise for the inconvenience this may have caused.

If you require any further information or assistance, please feel free to contact a member of our support team via your account.

This means for those who live in the UK and want a Switch dock needs to import, buy used or go third-party.

Despite Nintendo releasing its handheld-only Switch Lite just last summer, it is strange to see the company's UK division discontinue the accessory that gave the Nintendo Switch its main appeal, the ability to switch between handheld and home console TV gaming. As the holidays quickly approach this year, some in the UK may find it hard to get their hands on this accessory, which is also peculiar since Nintendo has previously offered the option to buy the Switch without a dock.

It's worth mentioning that third-party Nintendo Switch docks do exist, however, some less established third party Switch docks have been known to brick the console, forcing those who want to play it safe to purchase a separate dock officially from Nintendo. And while the dock is not absolutely necessary to enjoy everything the Nintendo Switch has to offer, it is certainly nice to be able to experience AAA titles both at home and on the go.

For the time being, Nintendo has not made an official statement on this issue, allowing rumors of a highly anticipated "Switch Pro" model to run rampant. This strange move by Nintendo UK has only increased the amount of speculation on the topic, making fans eager to see whether a new model of the Switch will be released soon, or if the discontinuation of the dock spreads to other countries at all.
source


Amusingly I just looked on Amazon & the offical one os £109.99 but a third party one is only £21.99 so I guess all is not lost for Switch owners wanting a spare over here
Top

Donkey Kong Country 3: Dixie Kong’s Double Trouble! – Donkey Kong and Diddy Kong have gone missing. As Dixie Kong checks in with the rest of the family, she gets stuck with babysitting duties! But that won’t stop her from going on her next adventure. Play as Dixie Kong or Kiddy Kong solo, against a friend or with a friend. Take advantage of their abilities as they throw each other into action in over 40 levels.

The Ignition Factor – Intense firefighting action puts you in the heat of the moment. Take control of a brave firefighter as he battles to save people from towering infernos and flame-filled factories. Keep your cool to rescue all the victims. Get them out of the fire and back to safety!

Super Valis IV – A reddish moon calls forth evil, and the bells toll for battle. Take on the role of Lena, the only warrior able enough to wield the Valis sword against the forces of evil in this action platformer. The longer you take clearing a stage, the stronger the boss at its end will get. Dash, jump and use the items you collect along the way to traverse all seven stages.

Tuff E Nuff – Four champions seek to challenge the great tower! In this action game, your special attacks level up each time you defeat a certain number of enemies, making your hero grow even more powerful. Make good use of your guard, and carefully time your special attacks against all the tough guys you face on your way to Jade, the self-proclaimed Fighting King. With the instant-replay feature, you can have fun watching the last moments of a fight play out!

Nightshade – Sutekh has blanketed Metro City under a shroud of crime and corruption. The big crime bosses now answer only to him. To avenge his fallen idol, Mark Gray dons the guise of Nightshade, the last person standing between Sutekh and total control of Metro City. Using a combo of point-and-click and action gameplay styles, stalk the streets of Metro City in search of vengeance.
Top

RIP to those still using their old Nintendo hardware for streaming

I wonder how many have held on to the bitter end.

Another Nintendo console generation is finally being scuttled, it gives me the same feeling as when the Wii online services were shut down. I still miss the Miiverse and the Wii U interface in general. It was much more fun and lively than the pretty but sterile Switch UI. I wish they'd at least bring back some form of StreetPass back to the Switch, I always thought it was a nifty little game.
Top

I wonder how many have held on to the bitter end.

Another Nintendo console generation is finally being scuttled, it gives me the same feeling as when the Wii online services were shut down. I still miss the Miiverse and the Wii U interface in general. It was much more fun and lively than the pretty but sterile Switch UI. I wish they'd at least bring back some form of StreetPass back to the Switch, I always thought it was a nifty little game.

I miss the music the store had.
Top

Someone did the work to keep get it all collected

I've been playing Super Mario Bros 35, and I'm glad that my countless hours of playing SMB1 have not been in vain.

Now that I've been addicted to it, it'll disappear in a few months.

I was also a sucker for NES Remix 1 & 2 on the Wii U, because it's fun to play these old games in a new way. If only they would either re-release those for the Switch, or keep making new versions ...
Top
Post Reply
727 posts