Dr. Zoidberg wrote:Switch Mario bundle $435 delivered from The Gamesmen on eBay. Getting cheaper!

Well over 300,000 games consoles were sold in the UK last week, GfK Entertainment can reveal.

It was a big week for all major consoles, although PS4 was the standout success, with the console enjoying its strongest week except for Black Friday 2013 - which is when the machine came out.

"The Top 4 by this metric are all from December 2008 - 6 out of 10 are from 2008 - and that was of course the time of Wii, but also the time where DS Lite was the runaway must-have item across all entertainment sectors," he tells GamesIndustry.biz. "DS Lite is still the only format to ever sell more than 3m units in one year in UK... yes it was 2008."

In terms of console hardware alone, last week's Black Friday was the seventh best-day ever for shifting consoles, pretty much in-line with last year

"If we remove all handheld consoles and focus on home consoles, then actually Black Friday 2017 is the second best week by units, just behind Black Friday 2013 when the PS4 launched," Bloch adds. " Just goes to show how well PS4 and Xbox One are selling at this point in their lifecycles."

Black Friday is also increasingly spreading itself out beyond just the single day. If you look at the entire week (Sunday to Saturday), 37% of hardware was sold on the Friday itself, compared with 45% during the Black Friday week 2014.

Last week's Black Friday was dominated by significant discounts to Xbox One S, PS4 and PS4 Pro. Notable deals included a PS4 Pro with Call of Duty: WWII and GT Sport for £299, Xbox One S with Assassin's Creed Origins or Forza Horizon 3 for £169.99, and the PS4 Slim with GT Sport, or Call of Duty or FIFA 18 for £199.

Nintendo Switch also made it into the Black Friday deals, although retailers primarily opted to bundle games with the machine as opposed to lowering the price. Super Mario Odyssey and Mario + Rabbids: Kingdom Battle were amongst the key bundled titles. 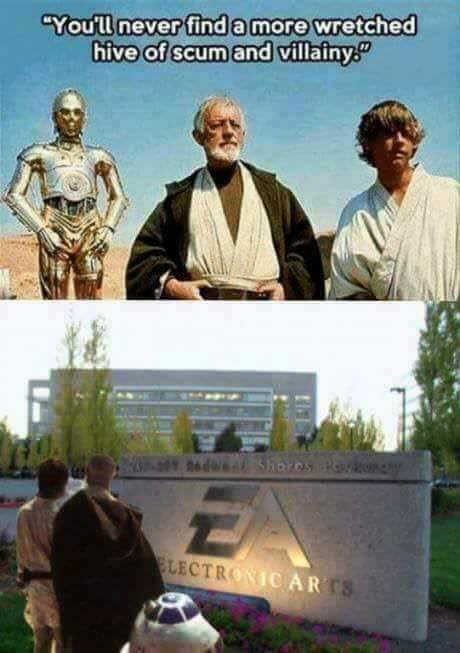 Wait, other parts of the world celebrate Black Friday too?
Top

In recent years they have. The Boxing Day Sales is still the big one though.
Top

Black Friday was the 13th biggest day ever for UK games retail...

Xbox One S has been selling really cheap of late in Australia as well. Even before taking the gaming into consideration, the price is really good just for being able to play 4K blu-rays.

It seems like all 3 companies are doing alright at the moment.
Top

I really need to pick this up.

Can’t wait to see the DLC costs for that one. Wonder if it’s going to rival Dead or Alive’s insane DLC prices for girl outfits.
Top

It looks like it's some sort of clothes drying simulator.
Top

It is a pretty cool piece of gaming tech. I’m just not sure what you would do with it.
Top
Post Reply
355 posts