SEGA Thread (Alex Kidd is back!)

The blue one is the best.

This thing will sell like hotcakes, due to the keychain size.
Top

It's bizarre. The screen is way too small and they come with a stupidly low amount of games.
Top

Miniature Game Gears? Distributed gaming platform focused on the arcade!? Those madlads at Sega are back!
Top

Arcades certainly needs a reinvention. I'm not sure of anything that would work, though.
Top

Few things say that you’re serious about celebrating something in Japan more than getting a special edition sake bottle. That’s exactly what Sega is doing.

Today the long-running game company is celebrating its 60th anniversary (it was founded on June 3, 1960) so the release of a dedicated alcoholic treat is rather appropriate.

The drink comes in a special metallic blue bottle with the “Go Sega” 60th-anniversary logo. It’s manufactured by Hiroshima-based Sempuku Brewery Miyakehonten as part of its “Game Legends” series.

The release date is appropriately today and the collaboration will be celebrated at the Tokyo Sake Festival 2020 on August 11. Each bottle will cost 3,000 yen, which translates approximately into $28.

On top of the Sega-branded Sake, we also get a version dedicated to the Yakuza series with three different bottles featuring Kazuma Kiryu, Goro Majoma, and Yakuza: Like a Dragon hero Ichiban Kasuga.

These will also cost 3,000 yen each and will be released on July 7.

If you want to see what the snazzy bottles look like, you can check out the gallery below. 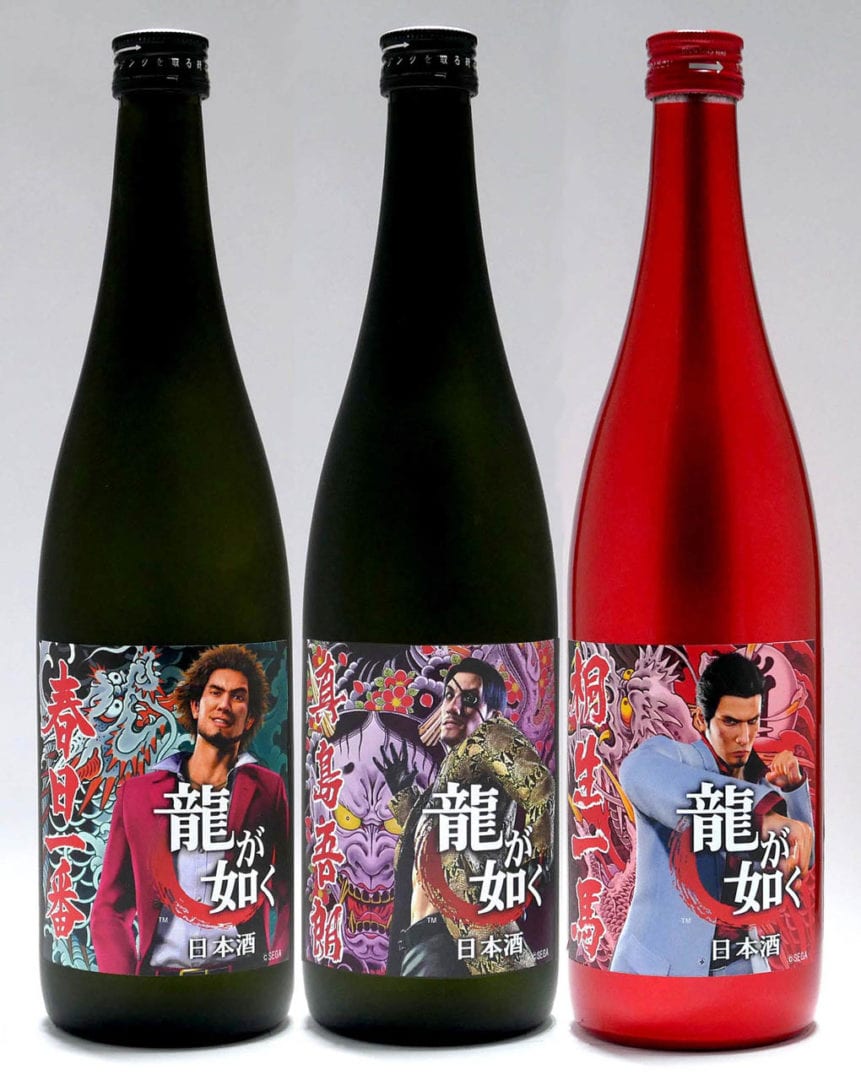 Earlier today, Sega announced the Game Gear Micro and a new episode of its “Sega Shiro” series of trailers, featuring the return of fan-favorite character Segata Sanshiro, who unfortunately did not stick around long.

It would be nice. I think Sega's plan will work in Japan because of the dense population, but it probably wouldn't be successful in other countries

At least the mini gg is better than another Altered Beast. But not by much.

Too small to be any use, and 4 games?

Why didn’t they keep the game gear the same size, and focus on making battery life more than 10 minutes?
Hank Azaria not playing Apu on the Simpsons will make the role as irrelevant as the Simpsons has been as a series since 1999!
Top

With today's battery tech, it'd be a portable generator

But agreed, I used to go from outlet to outlet playing my Game Gear. I'd buy any (normal sized) retro handheld rereleases.
Top

Even same height and width but make it a little slimmer would have been great.

It’s this Kind of BATSHIT CRAZY, reckless and pointless products that make me love Sega.
You want something good??? We hear you, HAVE A 32x AND A SEGA CD!
See that Dreamcast, wouldn’t it be great to have a set of maracas and a karaoke machine?
YOU GOT IT!
Hank Azaria not playing Apu on the Simpsons will make the role as irrelevant as the Simpsons has been as a series since 1999!
Top

I’ve had an even better idea...

A normal sized game gear, but it doubles as a power bank with USB ports to charge other devices!

Give me one of those sega, and I’m on board!
Because the original game gear is the perfect size to be a powerbank, so it could be all battery and the actual game gear circuitry would be tiny, we know it can be done!
Hank Azaria not playing Apu on the Simpsons will make the role as irrelevant as the Simpsons has been as a series since 1999!
Top

The Japanese love that sort of mini-retro-replicas. If they got bad feedback from the west, they're probably puzzled that we feel disappointed by something that was never meant to be more than a novelty toy.

A functional system that is far to small to really be used. What is the point? The only people who will really buy these are "collectors" who have to buy every new piece of crap that they will never use. The price is 4,950 yen so about $45 USD. No way they are worth that. I might buy one for $10 but $20 maybe $25 should be the absolute max price for these. So for just under $200 USD you can have the whole set with adds up to a whopping 16 games! Sit them on your shelf still in the box and never play them!

I find it pretty lame that the only classic systems they ever release are ones that have been emulated on the PC since the 90s. Give us something impressive like a Saturn or Dreamcast classic now that would be awesome. Aren't people tired of the 8 and 16-bit systems by now? They have been milking the nostalgia of those systems for longer than the damn things were even relevant! Retro gaming channels on youtube have been talking about the NES for almost 15 years now! Enough of that shit.

That giant one probably gets better batter life than the original!

Looks normal to me

Although I must say, that music sucked ass.
I hope there’s an option for retro music and modern graphics.

Because I’d like it to look pretty, but not sound as shit as that video did.
Hank Azaria not playing Apu on the Simpsons will make the role as irrelevant as the Simpsons has been as a series since 1999!
Top

You can probably switch it like you can in The Dragon's Trap remaster.

Although I must say, that music sucked ass.
I hope there’s an option for retro music and modern graphics.

Because I’d like it to look pretty, but not sound as shit as that video did.

Wonderboy had that, you could choose graphics and sound, so I hope this company did the same thing.
Top
Post Reply
122 posts