If you're a celebrity just don't read your replies. Because even the talented people most people like probably get "UR A UGLY FAGGOT U FAGGOT!" bullshit from trolls.

Is it a filter or are they reviewing? Because what if you have nice swearing, like "Hey @KeanuReeves the new John Wick was fucking awesome!"
Top

I hope she investigates what happens when someone molests the bots next. Touches them inappropriately on the Home button.
Top

"Siri I want to eat your pussy."

"You can find cat food 5 miles away at CVS."
Top

Why didn't I ever have a teacher under 45?
Top

Don't cops make you wash off make up like that for a mug shot? That's weird.
Top

Don't cops make you wash off make up like that for a mug shot? That's weird.

According to Virginia Code 18.2-422, "It shall be unlawful for any person over 16 years of age, with the intent to conceal his identity, wear any mask, hood, or other device, whereby a substantial portion of the face is hidden or covered, so as to conceal the identity of the wearer, to be or appear in any public place, or upon any private property in this Commonwealth, without first having obtained from the owner or tenant thereof consent to do so in writing."

Are hoodies illegal without written permission from the state and various property owners? Also what percentage is substantial and how do they measure it?
Top

I remember hearing about that. They made the law to give police a reason to bust up KKK demonstrations. They don't enforce it if you're just a person wearing a hood because it's cold. But they might add it on as an extra charge if you had on a hood during a robbery.
Top

TBF smoking crack is kind of a waste if you aren't going to set anything on fire.
Top

eBay says it will likely block Australian shoppers from buying goods from overseas if the government pushes ahead with plans to apply GST on all goods sold through the online marketplace.

Goods bought from overseas sellers and imported to Australia worth less than $1000 are currently GST exempt, but Treasurer Scott Morrison wants to apply the 10 per cent tax to all sales from July 1 this year.

"Regrettably, the Government's legislation may force eBay to prevent Australians from buying from foreign sellers," eBay Australia and New Zealand vice president Jooman Park wrote in a submission to a senate inquiry into the so-called "Amazon Tax".

"This appears to be the most likely outcome at present.

"No tax would be paid to Australia and none would be owed. It would raise no revenue, deny Australians access to choice and lessen price competition."

Mr Park said an eBay ban would not even help local bricks and mortar retailers - who have been lobbying for the tax - and nor would the tax generate significant revenue, because Australians would simply move to "opaque parts of the internet" where they could buy from online retailers that did not comply with the new rules.

The proposed tax treats online sales platforms like eBay and Amazon as the supplier, meaning they would be responsible for applying the tax.

But eBay said that it did not own, hold or distribute goods, nor handle payments.

"In reality, buyers use the eBay search engine to find goods and choose which seller to transact with," Mr Park said.

"Deeming eBay to be a seller is a fiction designed by the Government to give the impression of raising revenue."

Mr Park also said the proposed tax was overly complex, with goods worth under $1000 having tax applied by the seller while goods worth over $1000 would be shipped tax-free and taxed by Australian customs upon entry to the country.

"Separate goods in one box would appear to attract both tax treatments," he said.

Mr Park suggested shipping companies, including Australia Post and its parcel arm StarTrack, be made responsible for tax.

"These companies can require buyers to declare whether a good is new and to nominate a value of the good as part of the pricing of parcel delivery to Australia," he said.

In its submission, Amazon said GST should be levied on all goods but said it shouldn't have to collect the tax, agreeing with eBay that shipping companies should be made responsible.

The July 1 start date for the new tax was "completely unrealistic", with both businesses and government unable to implement required changes by then, Mr Park said.

Amazon is coming to Australia with 'low prices, vast selection, and fast delivery'

The Amazon juggernaut is coming to Australia.

The company founded by Jeff Bezos on Thursday confirmed its intentions to pursue the retail dollar in Australia in a big way.

The US online retail giant is actively looking for a warehouse to become a fulfillment centre, the first of many in Australia, with floor space of up to 93,000 square metres, or about five MCGs.

A decision hasn't been made on a location but it is likely in either Brisbane, Sydney or Melbourne.

Amazon will also start hiring to add hundreds more to the 1000 employees already in Australia. Among them will be a country manager to oversee the development of the Australian market over many years.

The long-anticipated announcement about Australia came in the form of a brief written statement.

"Amazon Web Services launched an Australian region in 2012, we launched a Kindle store on amazon.com.au in 2013 and we now have almost 1000 employees in the country," Amazon said.

"The next step is to bring a retail offering to Australia, and we are making those plans now."

The statement from Amazon emphasised the long term investment coming and the job opportunities flowing from that.

"We are excited to bring thousands of new jobs to Australia, millions of dollars in additional investment, and to empower small Australian businesses through Amazon Marketplace.

"We are optimistic that by focusing on the things we believe customers value most — low prices, vast selection, and fast delivery — over time we'll earn the business of Australian customers."

Based on its track record in other countries, Amazon will spend hundreds of millions of dollars over the next few years to establish its services in Australia.

No timetable has been released but Amazon's assault on local retailing will be on a platform of "low prices, vast selection, and fast delivery". The concept of one-hour delivery through Amazon Prime Now will be in Australia soon.

There has been previous speculation that Amazon will start rolling out its services in September. Business Insider understands some of the retail offering could come online sooner.

The impact on the bigger retailers such as Myer, JB Hi-Fi and Harvey Norman, and the industry in general, will be large. Analysis by Credit Suisse shows Amazon will likely reach a better than 5% market share in many retail categories within five years of arriving in Australia.

The online retailer's effort is relentless in the countries it decides to take on. Amazon now sells more non-food goods in Germany and the UK than any other retailer. Morgan Stanley estimates that Amazon accounted for around a third of the growth in all retail sales (off-line and on-line) in Germany and the UK in 2016.

While the official statement was light on detail, much can be gleamed about Amazon's approach from its actions in other countries.

Amazon launched in Spain about five years ago, investing about $A700 million, including a head office, fulfillment centers and a tech hub for research. It now has 1000 employees and will be hiring another 600 this year. Customers in Spain have access to 175 million products and the Prime Now service which offers delivery within one hour.

Amazon already does $1 billion in sales in Australia by shipping from overseas, according to analysis by Morgan Stanley.

But that's small compared to the whole pie. Total annual retail sales in Australia is $300 billion.

Bunnings has $11.5 billion in revenue, JB Hi-Fi $3.9 billion and Harvey Norman $1.8 billion. All three sell goods with a long shelf life, the type of products now in Amazon's sights in Australia.

In Australia, Amazon is already selling entertainment, including ebooks and Amazon Prime streaming of television series and movies.

The next stage is local ordering and local delivery of goods from and within Australia.

The initial focus for Australia will be consumer and home electronics — the market currently dominated by JB Hi-Fi and Harvey Norman.

Part of that offering will be Amazon Prime membership with priority shipping coverage for any purchase for 12 months. In the US, this costs $US99 a year and GB79 in the UK. A price hasn't been worked out for Australia yet.

Amazon Marketplace, where small players can sell their wares on Amazon, will also be a focus in Australia. Some Australian businesses are already use this via the US to gain reach to international markets.

Fresh food, and perhaps physical stores, would be some years in the future.

It took 12 years, from Amazon's startup in the UK, for fresh food deliveries. Amazon Fresh is only available in the US and UK. Fresh would mean Amazon competing with supermarket giants Woolworths and Coles. Business Insider revealed in January that the company was hiring people to work on the product locally.

For Australia, in the short term, Amazon will be delivering a range of dry goods, or non-perishables, such as canned food and other household necessities.

The potential for Amazon is enormous with online retail sales hitting $21 billion in Australia last year and growing at 14.2 per cent.

And most (56 per cent) Australian adults told Nielsen in February they will buy from Amazon when it lands. 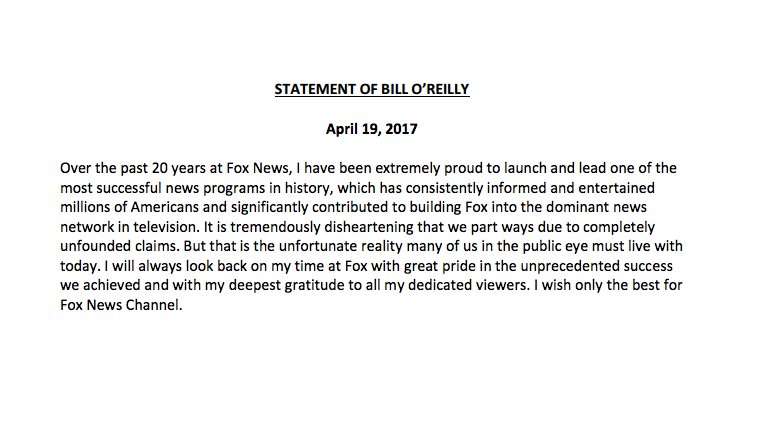 The one time you wouldn't be wrong to convict someone based on looks.
Top
Post Reply
419 posts