A stewardess has recounted the humiliating moment a 440 pound passenger forced her to wipe his bottom as he ‘moaned in pleasure.’

The incident was so upsetting for the female flight attendant, named only as Kuo, that she later spoke at a press conference to beg her employer EVA Air to update an existing rule meaning cabin crew must be female.

According to Kuo, the unnamed 31-stone man asked the cabin crew to pull down his pants so he could relieve himself and then demanded that they wipe – and then re-wipe him when their first attempts were not satisfactory. 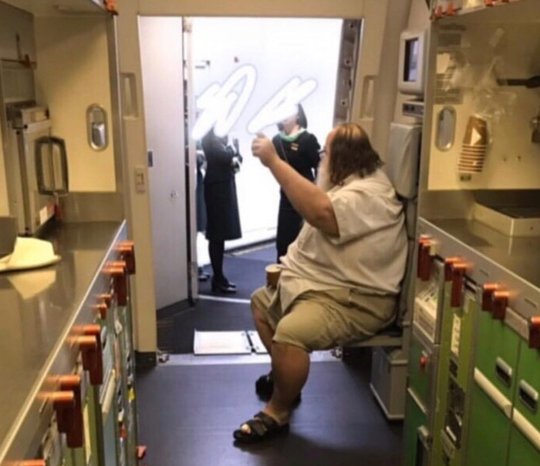 ‘I told him we couldn’t help him, but he started yelling. He told me to go in (to the bathroom) immediately and threatened to relieve himself on the floor,’ Kuo said at the press conference.

‘As the passenger’s genitals were now exposed, one of my colleagues brought a blanket, which I used to cover his modesty.’

‘But he very angrily slapped my hand away, saying he didn’t want it and only wanted me to remove his underwear so he could use the toilet,’ Kuo continued. Flight attendants stayed with the man in the bathroom because they did not want to leave him trapped, said Kuo, but they faced further humiliation when the man called out to them to wipe his backside.

Kuo’s chief attendant reluctantly agreed to after putting on three pairs of latex gloves as Kuo steadied the passenger, but their disgust became humiliation when the passenger started ‘moaning in pleasure.’ 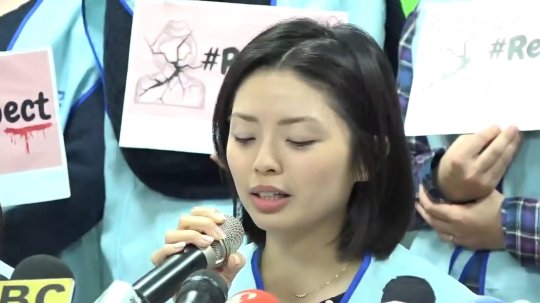 ‘He said: “Oh, mmm, deeper, deeper,’ and then accused my chief attendant of not properly cleaning his backside, requesting that she do it again,’ Kuo said.

She said her chief flight attendant was forced to re-wipe the man three times before the passenger said ‘You can pull my pants back up now.’
The unnamed customer was travelling from Los Angeles to Taiwan and boarded the flight on a wheelchair, Focus Taiwan reported.

He requested to be given three seats in economy class due to his size, Kou said, which he was given because the plane was not full.

The passenger also demanded that he use the business class bathroom because he could not fit in the economy cubicle – and claimed a hand injury prevented him from undressing or wiping himself afterwards. 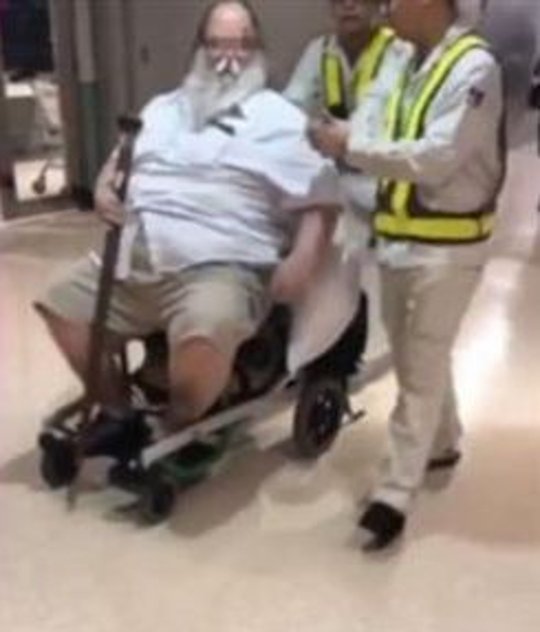 EVA Air has said in a statement that staff are not obliged to comply with demands from passengers, even those in need of special assistance.

The Taoyuan Flight Attendants Union, which is representing Kuo, have argued that the problem is systemic and is the product of service industry culture that frowns upon workers who do not meet every customer’s request.

In the wake of the incident, the Taoyuan Flight Attendants Union has suggested that the airline either ban customers like the man or begin hiring male staff.

Negotiations are expected to continue in the upcoming days.

Re: 200kg man ‘moaned in pleasure’ as he forced air stewardess to wipe his backside

Re: 200kg man ‘moaned in pleasure’ as he forced air stewardess to wipe his backside