Did Diddy do it? Diddy did do it! Dammit what didn't Diddy do?
If I should Die Hard Arcade before I Alan Wake.
PREY the Lords of Lore my Soul Calibur to Take-Two Interactive.
Top

The Thriller and Beat It music videos are now in 4k on Youtube.

Look who's in Melbourne with GnR. 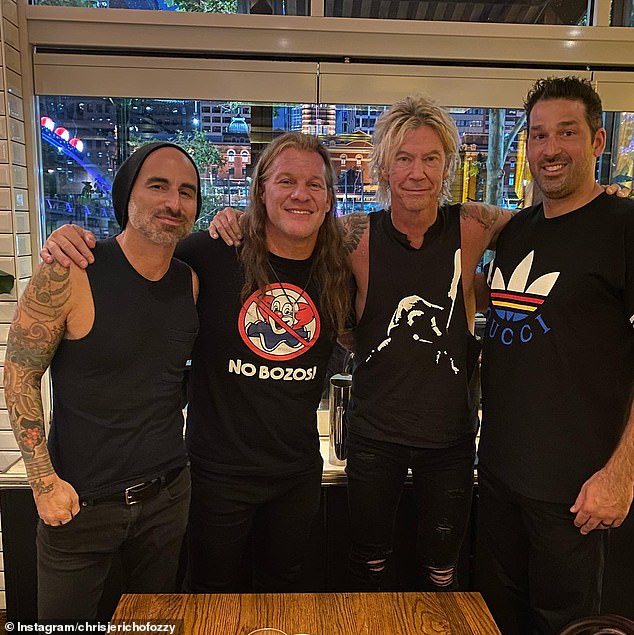 If I should Die Hard Arcade before I Alan Wake.
PREY the Lords of Lore my Soul Calibur to Take-Two Interactive.
Top

The hip-hop legends say they have control of their masters and will reissue 3 Feet High and Rising, De La Soul Is Dead, and more in March

De La Soul’s classic albums are finally coming to streaming services on March 3, the group says. The hip-hop legends’ run from 1989 through 2001 will be released digitally via bandmember Maseo’s label AOI, in partnership with Reservoir and the distribution wing of Chrysalis. The six albums are 3 Feet High and Rising, De La Soul Is Dead, Buhloone Mindstate, Stakes Is High, Art Official Intelligence: Mosaic Thump, and AOI: Bionix. “It’s been 20 plus years overdue, but finally, we are here,” Maseo said in a press release. Physical reissues are also set for release on March 3.

The news comes after a false start in 2019, when De La Soul suggested that Tommy Boy’s plans to bring their classic records to streaming services involved an exploitative contract. The planned release was canceled after a public outcry. In 2021, the band said the dispute had been resolved after Reservoir acquired Tommy Boy.

De La Soul’s last album was 2016’s And the Anonymous Nobody…, which had been their first since 2004’s The Grind Date. The 2016 album featured Little Dragon, David Byrne, Damon Albarn, Usher, and others, and came with a documentary called We’re Still Here (Now)…. In 2017, De La Soul jumped on Gorillaz’s Humanz track “Momentz.”

Read Jeff Chang’s Sunday Review of 3 Feet High and Rising and check out Pitchfork’s rundowns of the Best Albums and Songs of the 1990s, featuring De La Soul Is Dead on the former, and, on the latter, “Stakes Is High” and “A Rollerskating Jam Named ‘Saturdays.’”